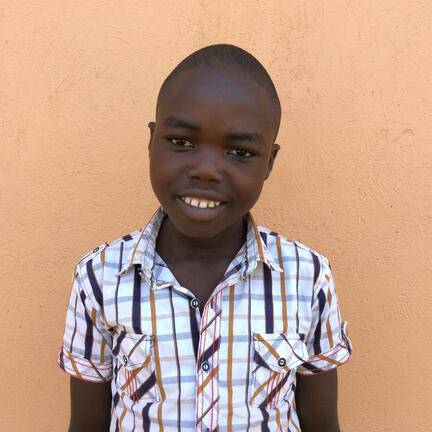 Ibrah 13 years old is a sibling to two other children who come from a peasant family living in a small village called Mikomago. He and his school going sibling walk to school for about 2km every day. He is in primary three and has a dream of becoming an engineer in future. While in school however, his favorite subject is English and also loves playing football during his free time. He helps his parents with fetching water and washing utensils when he is at home.

Social media
Receive our newsletter via email
We use our own cookies and cookies from third parties to personalise your experience, for marketing and to learn how our website is used. You can always recall your cookie accept by visiting our cookie link at the bottom of the page.
Read more about cookies