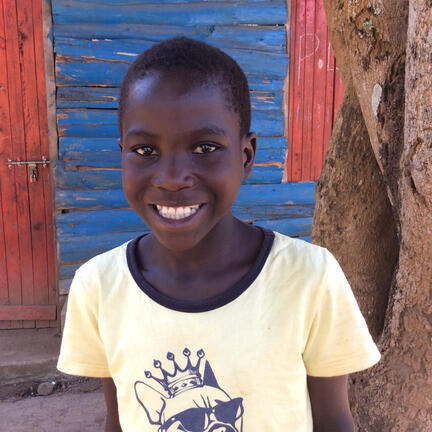 Edward 12years, is a primary two boy at Aunt Kibuuka primary school who lives with his 2 siblings and their single mother because they lost their father who was the sole provider for the family. The family now survives on peasant farming to earn a living and doing casual work in the community like washing people's clothes, cultivating for people. Edward however helps his mother with doing some domestic work like washing utensils, fetching water, cooking and cleaning the compound. He is also hardworking both at home and school with a dream of becoming a doctor in future. His favorite color is yellow and also loves playing football as his favorite game at school. He has asthma that sometimes disturbs him during cold weather.

Social media
Receive our newsletter via email
We use our own cookies and cookies from third parties to personalise your experience, for marketing and to learn how our website is used. You can always recall your cookie accept by visiting our cookie link at the bottom of the page.
Read more about cookies